Governors’ Camp: Combining adventure and innovation for the ideal safari 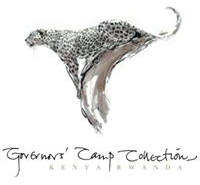 Approves invoices in hours instead of months

• Enhances email reliability with zero downtime in 3 years, instead of every 10 days

• Coordinates 70 vehicles and 2 planes with Google Calendar and Hangouts

In 1972, when Governors’ Camp began running spectacular safaris in the Kenyan Maasai Mara, it was the first company in the world to run luxury tented trips. Today, that innovative spirit and sense of adventure pervades Governors’ Camp’s award-winning safaris and lodges. On top of its seven properties across Kenya and Rwanda, the family-run company operates a hot-air balloon business in the Maasai Mara and a fixed-wing aviation service around Kenya, connecting travelers with wildlife in its natural environment.

“We want our clients to be really well looked after. They have high expectations, so we can have no slip ups. By removing bottlenecks, increasing efficiency, and accelerating our ability to collaborate, G Suite helps us get things done in a highly mobile work environment.” Dominic Grammaticas, Managing Director, Governors’ Camp

“There are a lot of moving parts in our business,” explains Dominic Grammaticas, managing director of Governors’ Camp. “We have around 500 employees across the region and 70 vehicles serving up to 200 guests at any one time.” At the same time, mobile internet is revolutionizing life in the region. “Kenya and Rwanda have been very quick to adopt new technology and leapfrog the old fixed-line connections,” says Dominic. “Everyone uses cell phones, 3G is strong across the area, and we have 4G in more than 60% of the country. A lot of people operate off-grid on solar power. We're used to working in unusual ways.”

Until recently, Governors’ Camp used paper for everything from vehicle rotas to invoicing, alongside an unreliable, on-premises email system. Dominic and his team recognized the potential of G Suite to deliver a more stable, central platform for all communications.

“We want our clients to be really well looked after,” says Dominic. “They have high expectations, so we can have no slip ups. By removing bottlenecks, increasing efficiency, and accelerating our ability to collaborate, G Suite helps us get things done in a highly mobile work environment.”

“Our planes fly a circuit of bush airstrips in unpredictable areas, where we might have to scatter wildlife before landing. With Hangouts, staff know where the plane is at any time, so guests can relax at our locations rather than wait at an airstrip.” - Dominic Grammaticas, Managing Director, Governors’ Camp

Highly mobile teams often find collaborating over distance to be inefficient and frustrating, if not impossible. For Governors’ Camp, running multiple, simultaneous safaris in the Kenyan and Rwandan wilderness turned core operations, such as invoicing and resource allocation, into daily challenges. By 2015, it was clear that even the existing email solution based on on-premises servers was no longer fit for the purpose. “I found that the only way I could synchronize my devices was to forward everything to a personal Gmail account,” says Dominic. “It worked, but it was very ad hoc.” That’s when Dominic began speaking to John Schmidt at BusinessCom Solutions Africa about a more formal solution, implementing G Suite across the company.

“BusinessCom set us up with G Suite, and their expertise and availability have been amazing,” says Dominic. “When you implement something new you expect disruption and problems, and that simply did not happen. In fact, we had the exact opposite. People immediately understood our decision to turn off the old solution one day and switch directly to G Suite. When people in remote locations collaborate on Google Sheets, for example, and see data appear in front of them, they’re immediately converted. We suddenly went from organized chaos to being on top of things. Usage grew organically to embrace the entire suite, as well as specialized third-party apps, such as ProsperWorks.”

The reliability of G Suite underpins that enthusiasm. Previously, the company’s 4 email servers would go down around every 10 days, causing serious disruption, especially on weekends. In the three years since the switch, Governors’ Camp reports zero downtime on its email and other systems, and all but one of its on-premises servers has been decommissioned, minimizing maintenance.

Meanwhile, G Suite collaboration tools have been readily adopted, such as Google Hangouts, which now accounts for around half of the company’s communications. “Our planes fly a circuit of bush airstrips in unpredictable areas, where we might have to scatter wildlife before landing,” says Dominic. “With Hangouts, staff know where the plane is at any time, so guests can relax at our locations rather than wait at an airstrip.”

Using Google Calendar, Dominic and his team arrange hospitality and coordinate resources at speed. Rather than call around each individual location when tour operators come to inspect properties, organizers simply set reminders, inviting team members to check in and confirm their presence. Vehicle scheduling is also much more efficient. “We used to have a paper diary for each vehicle,” says Dominic. “To book a vehicle you had to call someone, who then had to find the diary, look in it, see what was available, and write instructions for the drivers. With a G Suite account for every driver you can check availability and arrange transport anytime from anywhere. We can add in notes, too, about particular requirements of guests, such as language, snack preferences, or their itinerary, or tell drivers to pick up other passengers on their routes, to make the most of our resources.”

“All of our document handling is electronic, so we have no problem at all meeting accounting deadlines. That's allowed our company to move forward, bring in investors and grow its portfolio. That would have been impossible without the efficiencies we get from G Suite.” - Dominic Grammaticas, Managing Director, Governors’ Camp

Handling documents has long been a problem for Governors’ Camp, to the extent that in the past, three people were tasked solely with locating documents within piles of old papers. That reliance on paper was a major problem for invoicing, as Dominic explains: “For 43 years we collected credit invoices in a Nairobi warehouse, put them in a mailbag in a truck, and hoped that they made it to the Mara without getting wet or worse. Then the invoices would be distributed to 4 different properties and 10 different departments to be signed and approved, before being returned to Nairobi in a mailbag again. The entire process could take four to six weeks, sometimes longer.”

Thanks to BusinessCom Solutions Africa, Governors’ Camp now approves invoices through a system of folders on Google Drive set up with specific access permissions. When an invoice requires approval, it is uploaded to Drive, then moved from one folder to the next by the designated people. Since each of those people can only take part using his or her G Suite login and password, if a document has moved through a confidential set of Google Drive folders, it must have been approved by the relevant people. So Governors’ Camp can book invoices on time, keep accounts up to date, and help ensure creditor ledgers are transparent.

In addition to approving invoices, the team is better equipped to send them, as Dominic explains: “I have completely cut back on bad debts with Drive. In the past, when someone claimed not to have received an invoice from us, we would have to dig it out and send it to them again. Now I can find any invoice in a matter of seconds while on the phone chasing a customer for payment. That cuts out delays and improves efficiency, meaning more cash flow, less stress, and more investment.”

Thanks in part to improved accounting practices, Governors’ Camp became a subsidiary of a listed company in 2016. It’s a major development for the company, which Dominic says might not have happened without the transparency and efficiency his team engineered with the new, collaborative tools.

“All of our document handling is electronic, so we have no problem at all meeting accounting deadlines,” says Dominic. “That's allowed our company to move forward, bring in investors, and grow its portfolio. That would have been impossible without the efficiencies we get from G Suite.”

Based in Nairobi, Kenya, BusinessCom Solutions Africa provides cloud solutions to over 150 clients across Africa. Founded in 1986, the company is a Google Cloud partner